skip to main | skip to sidebar

"You take a mortal man
And put him in control
Watch him become a god
Watch people's heads a'roll
A'roll, a' roll

He has to move in Baghdad. Here and there. A Wednesday. A sacred day for the Yazidies. The Yazidies are now hostage of Daech. He needs to go to the Bank. The young woman in the Bank had her nails painted red. Bright red. He looks at his nails, and they were not so clean. He doesn't like take baths. He likes let things take their shapes. He is submissive. An Iraqi who lost control over his life. Chaos. 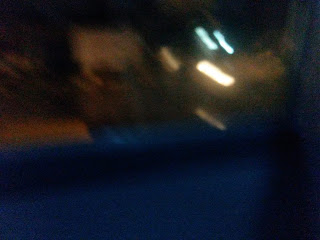 "Acting like a robot
Its metal brain corrodes
You try to take its pulse
Before the head explodes
Explodes, explodes

He takes a Taxi. The Taxi man is aged. The aged man takes the speech saying: You are a young man son, believe me, in Saddam's regime we were better. Compared to now, I dare to say that now I love Saddam. Those who do not love him have a psychological conflict. We need to say the truth, it was better, Yeah Son! It was better." Rain starts. Both of them let the rain speaks. The rain says no words. But it is falling. Falling ! 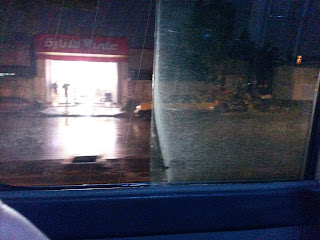 He finishes his job in the Bank and needs another Taxi. A young man riding his taxi silently. The car recorder says a sad Iraqi song. He tells the rider that he likes the voice of the singer, and asks for his name. The rider doesn't remember the name but adds: "Only an alcoholic man would love these type of songs." They keep silent. Suddenly the rider drew a can of beer and drinks. "Is it Beer?", he asks. "Mixed with Whiskey", answers the rider. He rides good. So calm. A contradiction to the lyrics of the song. In contradiction to the whether the rider raises his sun high. 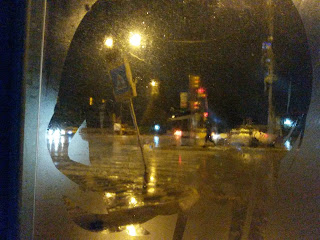 "Just like the Pied Piper
Led rats through the streets

His job for that day ends successfully, but without any taste of success. He takes a bus back home. The bus rider says suddenly: "What I am doing riding my bus in this whether? I should have stayed home drinking a bottle of Raki and listening to my recordings." The bus rider is not calm at all. Rides hazardously. As if wanting to hit every car that shows in the street. 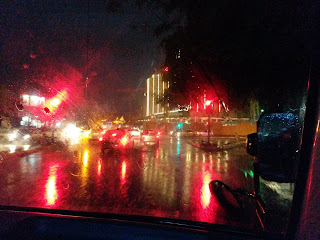 In rosy italic font are the lyrics of the song (Symphony of Destruction) by Megadeth
Posted by saminkie at 7:15 PM

I am so sorry about the recent bombings, one after the other. Do you know of this project run by Beau Beausoleil in the USA:

The fact that you write in English is one of the reasons why I write in Arabic on my blog now as much as I can.

What else? Please consider joining my facebook group 'Arabic Study Group - Oxford Area'. It would be a privilege to include you in the group.

Thank you globeonmytable for your feelings. I am proud that I have people like you reading my posts. Thank you for telling me about that project. So interesting. I tried to join the facebook group but I found so many with the same name. I would enjoy joining you in your group. مع السلامة


My Dear Friend....I pray you are okay, I love your writings and your friendship....come to the tea table around the world!

Thank you Tracy for always encouraging me to write. I will come back soon. I am thirsty for some tea.